My son Jack (AKA Golden Boy) was recently a finalist in a major community awards here in Australia.

The winners were announced for each of the 4 categories at a formal cocktail party in Brisbane, complete with tons of food, drink and music.

It was a beautifully organised evening with nothing left to chance.

After the Awards Jack did something he always does.

He sat down and started writing.

were all sent a Thank You/Congratulations letter from Jack.

Earlier this week Jack was awarded an RSL Youth Development Fund grant (worth over $5,000) to travel to New York next year and do some charity work. 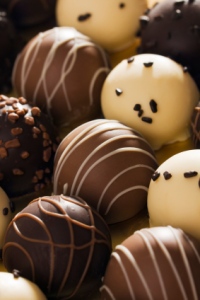 Those 3 people today received a sincere thank you letter from Jack, along with a box of chocolates.

He also wrote a Thank You letter to the President of the RSL who awarded the grant.

After Jack completed his across Australia bike ride, he wrote a letter to every single supporter who helped him.

That was from his major sponsor to the Fahan School girls in Hobart who volunteered at a fundraising Cocktail Party to anyone who gave a donation.

500 handwritten cards with every single one having a personal message.

What You Don’t Write Letters For

You do all that stuff because it’s just good manners.

Sure, all those other things – like the personal branding, like the more business, like the increased opportunities – will come to you, but don’t write those letters because of those things.

Write them because it’s simply the right thing to do.

Bloody Simple Stuff That No-One Seems To Do

This stuff is bloody simple stuff.

But, like a lot of things these days, not many people seem to teach them.

When I wrote the Web Design Business Kit I included what I see as basic business manners aspects like writing letter.

Here’s My Top 3 List Of Little Things To Do