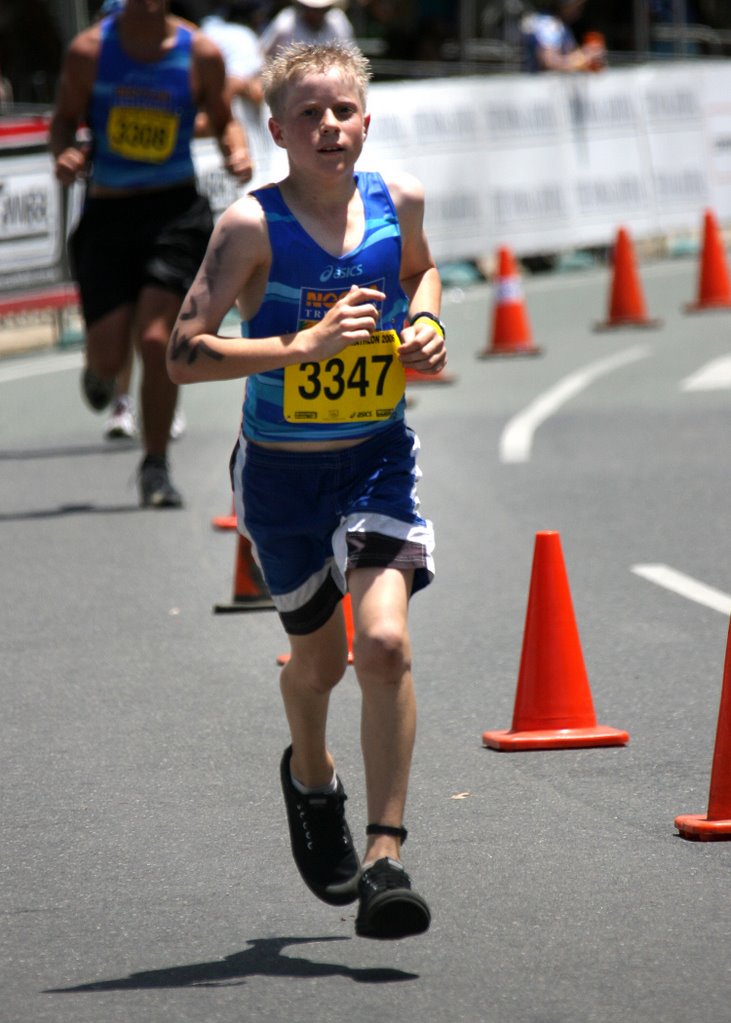 As regular readers know, I occasionally mention my kids.

Laura is going for School Captain. Gets announced tomorrow.

She did a 1 minute 34 sec speech at her school assembly in front of 1,200 kids and teachers last week.

She worked on the speech for 6 hours.

Laura is also running the 10 km run leg in the Noosa Triathlon next weekend. She’s never run 10 km before.

She’s part of the brilliant Team Sinclair – I’m doing the 1.5 km swim and Jack is doing the 40 km bike leg.

(That’s Jack on the right finishing off the 10 km run in last year’s Noosa Triathlon.)

I haven’t swum for about a month. If I don’t blog next Monday it’s because I drowned during the swim.

That last line won’t be so funny if I do.