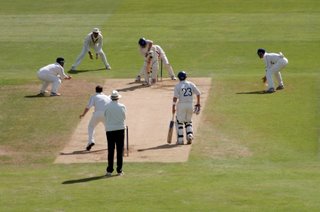 Mel and I went to a charity lunch yesterday to help raise funds for the Spinal Injuries Association where Kerry was one of the speakers.

What Resonated More Than The Jokes

Kerry made the usual funny speech he was rolled out for but mentioned something that really resonated with the crowd of 321 businessmen and women.

You see, when Kerry was 49 (he’s 57 now) he had a mortgage he couldn’t pay most weeks and could only get work as a security guy (not that there’s anything wrong with that) earning $19,000 a year.

Kerry was invited on one of those panel style talk shows where he had just 2 opportunities to talk – both times he showed what can be described as a “distinctive” sense of humour, along with a very distinctive laugh/giggle.

(Kerry was asked a question about Australia’s wicketkeeper of the time – Adam Gilchrist) and responded with “Adam Gilchrist is a triumph for all kids who have been pulled out of the womb by their ears.” – Adam has ears like Dumbo the elephant.)

Kerry Has A Point Of Difference

Kerry’s points of difference – a self-deprecating sense of humour and a ridiculous giggle – were enough to give him a chance in the world of celebrity and he now commentates on the cricket, leads cricket tours around the world and is in big demand as an after dinner speaker.

He told the crowd that 2 weeks after his first TV appearance he’d quit his $19,000 a year job.
And then he said this: “Never, ever give up.”

It comes across that Kerry’s experiences in not having post-cricket success (until now) has given him a terrific appreciation for what he has now. And that sometimes a rare thing in sports stars.

P.S: Here’s a joke from Kerry during a commentary stint.