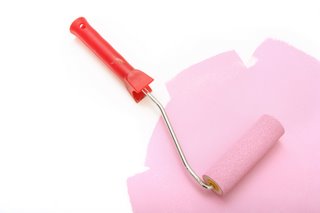 About 18 years ago I wandered into an art gallery in a holiday town I was visiting. Amongst these hundreds of paintings I saw one across the room that immediately captivated me.

I just had to buy it. Then and there. There was no question. So I went over and saw that (unluckily!) it was not by some unknown artist selling his art work for not much, but it was by one of Australia’s more famous artists.

After paying an arm and a leg I dragged that painting out of there and it hangs at home. I still love it.

Pro Hart, the artist of my painting, died this morning after a long illness. Vale Mr Hart.

As regular readers might know, I was a Nursing Sister/Clinical Nurse for 10 years after leaving school and training for 3 years.

Back in the 80’s I cared for a legendary artist (he was revered amongst the entire art community as one of it’s hugely influential figures) as he neared death. He was blind. Crippled. Incoherent.

He recovered a little, enough to go home, and left our little hospital. He lingered on for another two- (2) years before eventually dying a little before receiving a telegram from the Queen.

In That Period He Painted

And in that two- (2) years he painted quite a bit. And I know, because I saw his artwork from that time displayed in various galleries. I read about the huge prices being paid.

All because of a name.

It wasn’t because of the art. Because the paintings of that time had a look of someone taking a paintroller to a canvas and rolling it across. Then the name: Misty Day or some such nonsense!
It’s Not About The Art, It’s About The Story

Art, for the vast majority of people, isn’t about the art.

It’s The Same In Marketing

And it’s the same in marketing. Seth Godin talks often and passionately about marketing being just stories we tell potential customers and the stories they tell themselves.

Seth posts too often and eloquently on the subject for me to direct you to just one. Check out his blog instead.

I probably bought the expensive painting of the famous artist in that holiday town all those years ago because I wanted the cache that came with it.

The story about the other guy – the old, blind artist – was probably for me the start of my marketing training.

It’s about telling stories that your customers want to hear. And everything about your business tells a part of that story.