Have you ever wondered where the media get their experts for expert comments on stories?

Have you ever thought that your business/brand could benefit from being that expert?

I’ve provided expert media comment on numerous occasions after the media have found me via various avenues. Those avenues include the media:

Chris van Hoof is a personal trainer here on the Gold Coast (Chris trained Jack and I for our across Australia bike ride – that’s him with Jack on the right).

Chris Called Up A Radio Station To Win Stuff

He had a client cancel a few mornings back at 6 am. So he’s sitting there at the beach and heard a competition come on the radio.

He called up for the competition and had a brief chat with the radio announcer:

“We have Chris on the line, what are you up to this morning Chris?” 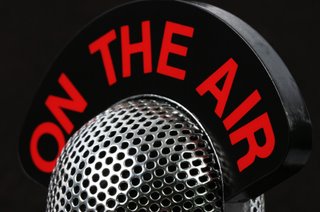 Chris mentioned he is a personal trainer and that a client had just canceled and he had some free time, so decided to call up.

He answered the competition question (wrongly…… He can lift heavy things but he’s not very smart!) and went about his day.

A couple of days later Chris got a call from the radio station’s News Desk:

“We remembered you from your call in a few days ago – the government announced a $400 million boost to fight obesity – would you be able to comment on that for the news?”

Later that day Mr Chris van Hoof was lauded as a fitness expert and had his snippet played numerous times to the radio audience.

What fantastic coverage and a fantastic opportunity.

The thing is once you become the ‘expert’ commentator on an issue affecting your industry, you can leverage that to comment more and more in the media.

Before you know it you’re the acknowledged industry expert with a high profile – and the perception of expertise will help build your business tremendously.