A lot of people get screwed over with the fast media we have now.  It’s because people don’t care or don’t bother to find out the back story.

All we want is the outrage, the disgrace, the juice.  And we want it now. 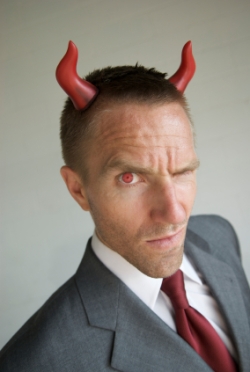 These are the dudes that are suing Chicago woman Amanda Bonnen for $50,000 for tweeting a grumpy remark about the Horizon Realty Group.

Of course, this strategy soon resulted in thousands of new tweets, news stories, blogs and more condemning Horizon Realty Group as uncaring, heavy handed organisation who are aggressive and confrontational.

No big surprise there.

So what Horizon now have is a PR disaster where their brand has been very significantly harmed. They’re no longer known how they want to be known.

They’re now known as heavy handed bastards who are screwing over a poor defenseless woman.

BUT – and here’s the interesting and usually neglected part – what’s the truth of the story?

Horizon came out with a statement which doesn’t make them look like the bunch of jerks they appear at first look.

That’s the thing about social media.  It’s fast, furious and fleeting and sometimes bears no resemblance to the facts.

The media landscape is superficial.

Horizon get minimal chance to repair the damage done by the tweet – the legal action sends the message that they’re bastards, so that’s the message 99% of people want to see.

It’s consistent with how they want to see it.

Horizon need to be aware that shit happens differently these days and it’s not always fair.

If you handle this new shit the way you used to handle the old shit, you’re gonna get screwed by today’s mass media audience that have the attention span of a gnat.

(I don’t even know what a gnat is and I’m too lazy to look it up to find out and to confirm if indeed it does have a short attention span – that’s how superficial and short the attention of this new media guy is!)

What Should Have Horizon Done?

The truth is out there but new media is not about the truth.

No one’s got time for that anymore.

(It’s about being fast and being responsive.  And kind.  Kind really, really helps.)