Here on the Gold Coast, Australia surf life saving clubs are a big part of the local life.

Kids join at a young age and learn surf swimming skills and progress through to being sully fledged surf life savers, patrolling the beaches in the summer to help swimmers who get into trouble.

There are clubs every few kilometres along this part of the Coast.

These clubs have loads of competitions on a very regular basis – swimming, board races, surf boat races and more. 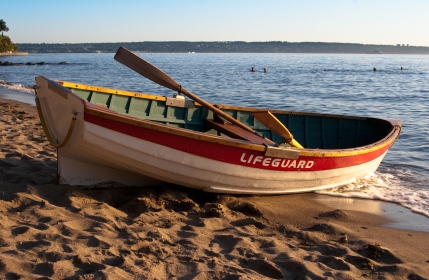 Prizemoney is offered to professional competitors and the best can make a nice living at these competitions.

The bad news was that one of the crewman rowing the boat was found to be a drug cheat: Peter Atkins was banned for two years for returning a positive doping test to the steroid Stanozolol.

Here’s where I reckon it gets interesting.

The Club President pays the usual lip service to the issue: “We are working hard to try and build a strong culture within the club and our focus will not change due to (the doping incident),” he said.

Then Atkins comes out in an open letter and denies knowing the substance was on the list of banned stuff.

He goes on to say “I specifically acknowledge the Currumbin Barbarians surf boat crew who have achieved their success based on hard work and determination.”

Ummm, no they didn’t Peter.

They achieved their results partly based on you using substances you shouldn’t have been using.

Will The Title be Stripped From Them

Currumbin SLSC are waiting to see if the title will be stripped from them because of Peter using the banned steroid.

Fellas, here’s a quick heads up on what you should have done as your course of action – but first we’ll look at the facts.

2.  One of the crew was found to be using banned steroids and outed as a drug cheat.

All the denials, all the claims of confusion, all the cries of “I didn’t know” don’t matter.

The Currumbin SLSC Club President’s response should have been:

“We are working hard to try and build a strong culture within the club and our focus will not change due to (the doping incident).

In recognition that one of the crew was found to be using a banned substance we, of course, forfeit the title and would ask the governing body to present it to the winning crew.

We have erased all mention of the win from our Honour Board and apologise that our Club has bought the sport into disrepute.”

You won a title with the help of a banned substance.

Don’t even think of keeping that title.

Why are you even waiting to see if the title should be taken from you?

Of bloody course it shouldn’t be – you should have already given it back.