Women tennis players must have a giggle to themselves as they go out to play in major events like the recently completed Australian Open. 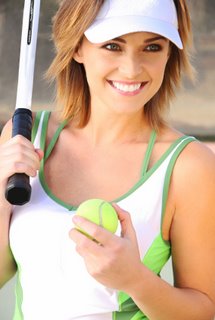 I’ve just watched the most boring, poor play in the women’s final and it got me thinking how unjust it is that the women get the same prizemoney as the men.

I can’t think of any criteria that justifies the women getting the same prizemoney – but they do.

They generate nowhere near as much revenue or interest.

I struggle to think of any business model where a group who produce clearly inferior results on every benchmark get rewarded the same as those who do.

The only reason the women get the same prizemoney as the men is because the event organisers of these major tournaments have allowed political correctness to rob them blind.

I watched the women’s final last night on TV between Serena Williams and Dinara Safina (there’s an hour I’ll never get back).

“Appalling tennis” is the only phrase I can think of to describe it.

Safina should have told the crowd to send their ticket stubs to her and she’d refund each and every person there out of the $1 million AUD ($650,000 US) prizemoney she won for coming second.