We have just signed up to complete a web site for a dating agency – as part of the process I’ve been reading up on what influences people’s choice decisions when they visit dating sites.

According to the brilliant Freakonomics: 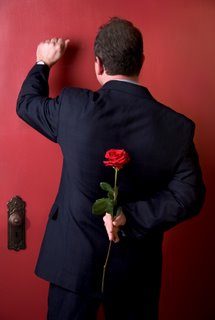 It’s always an interesting one in marketing – you know and I know how people think (after all, we’re all people (most of us anyway!)).

Difficult To Say That Nicely

But it’s often difficult to come right out and say stuff like “Men judge women almost solely by their looks when they first meet – in the vast majority of cases.”

You have to be nicer about saying that otherwise you risk incurring the wrath of a noisy group of people calling you a pig.

And it’s the same with web sites to an extent. In many niches, it’s been found time and again that the web design will impact with seconds on how that company is perceived.

You see, you have to look good to be trusted. Then you have to consolidate that position with the right information – i.e your sparkling personality/your relevant web site information.

But Then There’s This

If I write the truth – guys generally don’t like fat girls and girls are much more likely to find a guy attractive if he has lots of money – is that wrong?

Here’s the important bit – it all depends on context and how you’ve branded yourself.

If you’re known as a loud-mouth, attention seeker (yes Donald Trump, I’m talking about you!) then you’d get away with it.

If you were a judge sitting on a sex-discrimination case, then there might be a lot of attention paid to what you’ve said.