One of the web marketing things we do here at Tailored is managing client’s Google AdWords pay per click ad campaigns.

It’s something I’ve been doing for years and have a fair bit of success at.

We generally charge a set up fee and then 15% of the ad spend or $50 per month (whichever is greater), along with a set up fee that varies according to how big the campaign is.

I’ve just been comparing the AdWords campaign of a client where we took over from their previous web developer. 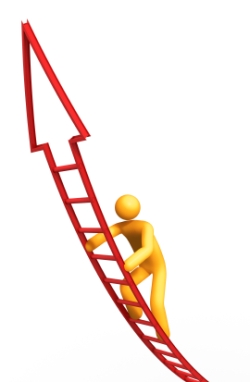 Click Through Rate (How often the ads are clicked on)

So we’ve saved the client $3,000, whilst getting them 42% more visitors (and they’re much more targeted visitors who are much more likely to buy).

Just goes to show that shit work can be profitable (if we kept the cost per click high and kept spending the client’s money with gay abandon, like the old web developer did).

Because we’ve done such a great job, we charge way less than the previous idiots.

We need to find a business model that rewards us for doing what we’ve done above.

Tying our reward to a reducing rate the better we perform is so stupid it defies belief.

The killer is, of course, that there are tons of incompetent people out there willing to manage your AdWords campaign for 10% of your ad spend without a set up fee.

Then they’ll spend all of your money, give you some bullshit report and you’ll be thrilled you went with them.

Safe in the darkness of not knowing what a decent AdWords manager could do with your campaign.